Go Get The World

Embracing, encouraging, and empowering women to chase their dreams!

We have a great team of Go-Getters who are ready to encourage and empower you on your journey! Here are a few of the women prepped to help you chase your dreams: 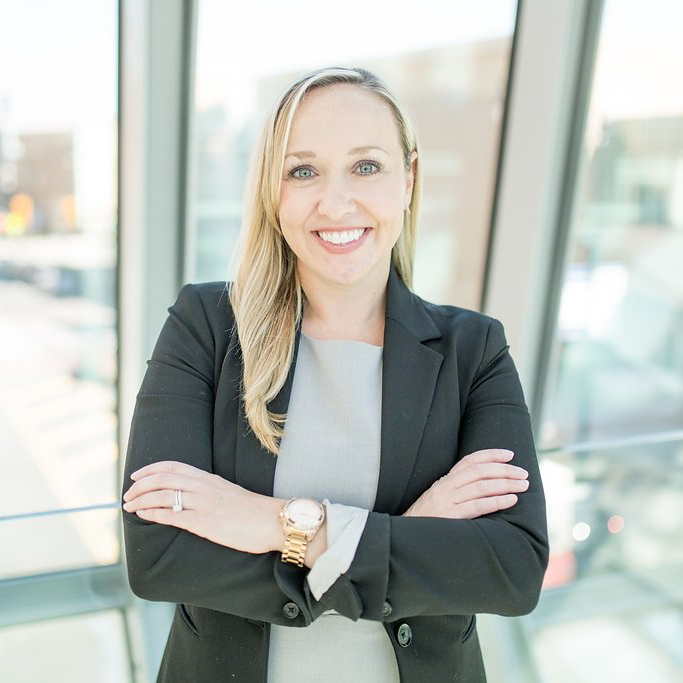 Amanda (Way) Epp is one of the two co-founders of Go Get The World. She had the vision for GGTW in high school and made it a reality in 2018. Realizing how frequently women fail to chase their dreams due to social pressures and the Impostor Syndrome, Amanda decided to help other young women achieve their goals and find the successes of their dreams by sharing with them the story of Go Get The World. She is a graduate of Ohio University where she studied Healthcare Administration, and the recipient of a Masters in Business Administration from Franklin University. She currently works at a successful healthcare start-up called ScriptDrop, where she began as the company’s first employee and now serves as president. Prior to that, she was the first employee of a successful healthcare IT company that experienced Columbus’ largest startup acquisition to date. Amanda loves reading, biking, and running on her treadmill while watching TV (it makes her feel less guilty for watching all of the Real Housewives).  She also loves to travel with her husband—even if it is only just up to Lake Erie to spend the weekend boating—and usually has her French Bulldog Myles in tow. (You might also catch Myles on the GGTW social feeds!) 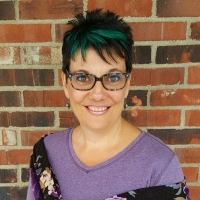 Tricia Yacovone-Biagi, the other co-founder of Go Get The World, provides a unique spin on the GGTW idea…She’s lived on four continents and has visited 46 of the 50 U.S. states! Tricia is passionate about leadership and mentoring young people to find their unique paths in the world, so she created two GGTW scholarships at her alma mater, the University of Massachusetts at Amherst. She is a member of four patent teams and believes that focus and hard work are the keys to success. Answering when opportunities knocked, she has worked as a public health advisor for the Centers for Disease Control and Prevention, as a bilingual health communications specialist, and as the leader of the team responsible for the core product of a healthcare IT company that was acquired by a Fortune 100 corporation. She has an insatiable curiosity about everything except mathematics, and loves to travel, kayak, hike, bike, and see the world. She is fluent in Spanish and currently resides in a net-zero home next to a field of hay, on which she plans to sled, ski, or snowshoe every day in the winter. 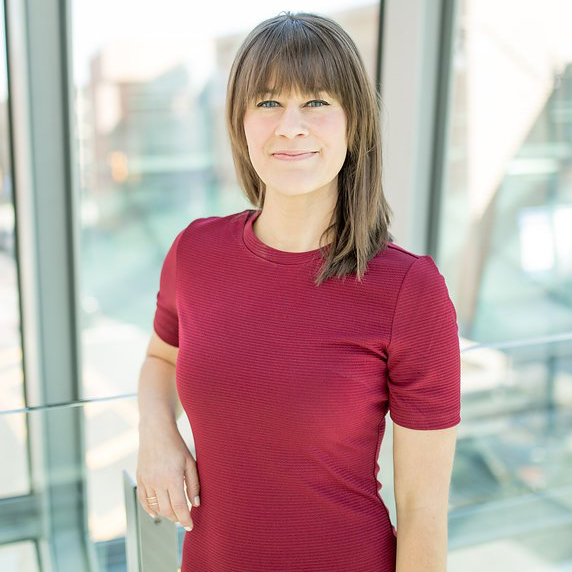 Jessi Behrendsen. After graduating from Bowling Green State University in 2008 with degrees in creative writing and history, Jessi worked as an editor for a daily and weekly Gannett newsprint publication. Following a move to Columbus in 2010, she served as an instructor and faculty advisor at Ohio Dominican University. She currently works as a marketing content writer for Columbus-based software company CoverMyMeds, and volunteers as a writer and editor for CHA Animal Shelter. Born and raised on Lake Erie, she has a passion for all things aquatic, and in her free time enjoys reading with (and to) her cats, Gilda and Ichabod. 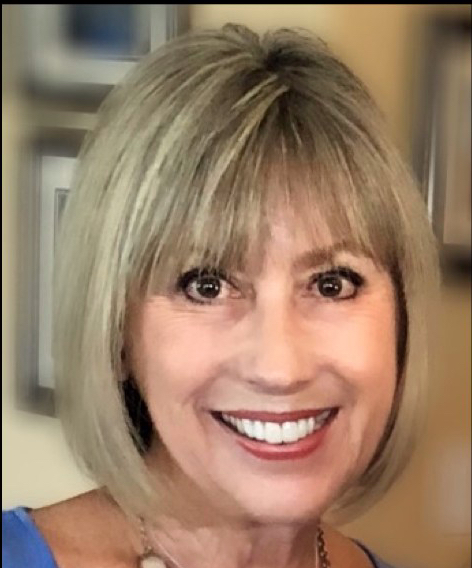 Lori Bunton is a retired pharmaceutical executive, having spent nearly 30 years working in established companies as large as Eli Lilly and in start-up biopharmaceutical organizations.  Her career spanned sales, marketing and market research.  Additionally, Lori has served on the boards of Planned Parenthood in Knoxville, TN and as President of the North Carolina Alliance for Healthy Communities in Raleigh, and she currently serves as VP-Membership for the N.C. National Organization for Women and as VP-Membership for the ERA-NC Alliance.  She is a standing member of the NC2020 group who are working to plan the celebration for the 100-year anniversary of Women’s Suffrage. In addition to her service on boards, she volunteers with Dress for Success in Durham, NC as a career coach and as an advisor on its career curriculum. Lori has a B.S. in Business Administration from the University of Tennessee. She has lived all over the U.S. and Europe and now resides in the Raleigh-Durham area. 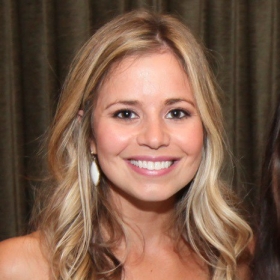 Danielle Fallon. At a young age, Danielle decided that in order to Go Get The World, she needed to experience the world on her own terms. She left her childhood home in Ohio to earn a degree in Communications at The University of Tennessee, studied abroad in Italy and Australia, and completed nearly a dozen marketing and communications internships. She relocated to Columbus and worked her way up from server to her first career role in marketing with Bravo Brio Restaurant Group. She then went on to help manage a Nestle brand loyalty program at a marketing agency, to run client relations and content strategy for a social media and digital marketing consultancy, and then cut her chops in SaaS while managing health plan and PBM accounts at a healthcare IT company. Her current role at ON24 allows Danielle to utilize her unique blend of marketing and technology experience to drive customer success. Danielle recognizes the importance of people and relationships for individual and collective achievement, and her proudest professional accomplishment is developing and launching a successful mentorship program. These days, when she is not working, Danielle spends her time figuring out this whole parenthood thing with her husband, Shawn, and infant son, Will. 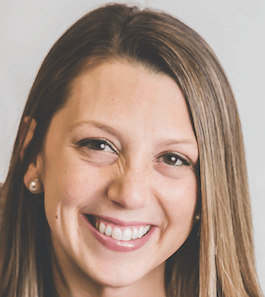 Alison Flecher. Another of our bobcat alumnae, Alison graduated from Ohio University in 2007 with a degree in healthcare administration. Alison took a risk to go get the world after graduation and relocated to Chicago, where she stumbled upon a job working at a start-up healthcare IT company. Having lost interest in her field of study by the time she completed her degree, she was happily surprised to discover that this job opportunity reignited her passion for healthcare. The Windy City proved to be a great move for Alison, but her desire to be close to family eventually brought her back to Ohio. She currently resides in Columbus, where she works for the healthcare IT company CoverMyMeds. Alison enjoys spending her free time with her 18 month-old daughter Ava and husband Eric. 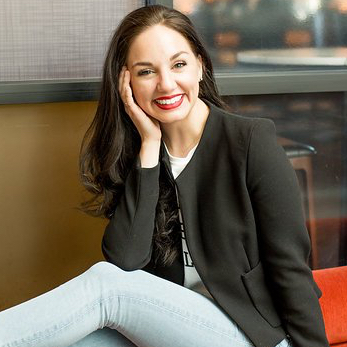 Emilyjo Levy is a childhood friend of Amanda’s and is a graduate of The Ohio State University. She currently works full-time in healthcare IT, is a certified barre instructor, and owns a vegan bakery business. In addition to being a former professional dancer, she has worked in personnel management, hiring, and training roles, managed social media and marketing for a thriving healthcare business, and has vast experience in the food service and catering industry. In her early thirties, she is driven by a few mantras: not limiting one’s path by choosing between goals (why not try for every goal?), believing happiness is a choice, and appreciating the present. Emilyjo has two older brothers, a coonhound rescue pup, and resides in Columbus, Ohio. 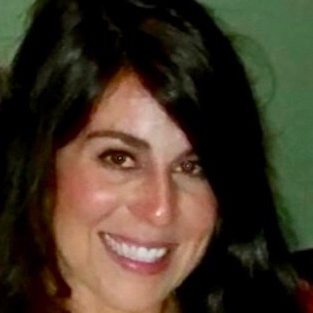 Carma Nabavi. A California native, Carma found that all roads lead to Columbus, Ohio, where she earned a bachelor’s degree at The Ohio State University while simultaneously working as a University Ambassador.  Though public speaking didn’t come naturally to her, the experience as an Ambassador was critical in developing her confidence in engaging an audience. Carma’s sense of adventure led her to complete an internship with surf brand Quiksilver, a semester abroad in Florence, and a digital media-focused study abroad program in Sweden, Finland and Denmark, which piqued her interest in technology. She has held sales and business development roles with AddVenture Products, Johnson & Johnson, and Genova Diagnostics, and she earned her MBA with an emphasis in Entrepreneurship from Chapman University while working in the emerging field of genomics. Currently, Carma enthusiastically leads the business development team for a successful healthcare IT company in Columbus. In her free time, she loves traveling with her incredible son Nico and amazing husband Cameron. 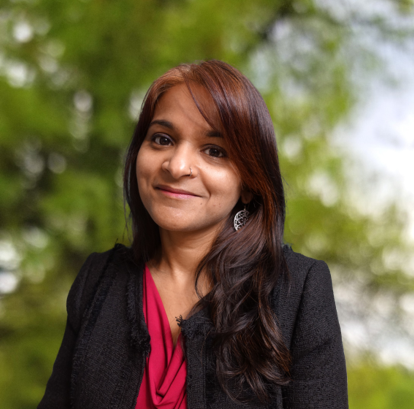 Gaithri Raj left behind her home and family in Malaysia while still in her teens to Go Get The World at the University of Kentucky, where she earned bachelor’s degrees in Psychology and Sociology, and a master’s degree in Rehabilitation Counseling. Her career began providing one-on-one vocational counseling that focused on assessing an individual’s unique talents and skills to identify employment paths for their long-term success and independence. She has relied on those experiences ever since then to mentor other case managers, develop and train employees in her charge, and listen effectively to get to the heart of any matter. Gaithri discovered a few years ago that she possesses a unique talent for identifying and addressing technical deficits that negatively impact productivity, so she earned her Six Sigma Yellow Belt and transitioned into roles that are more technical in nature. She now provides private consulting services that focus on business analysis, product management, process improvement, and quality assurance for small- and medium-sized companies. Gaithri is an avid listener, reader, and watcher of all things horror. She enjoys baking, eating good food, and spending time with her husband and his cat. 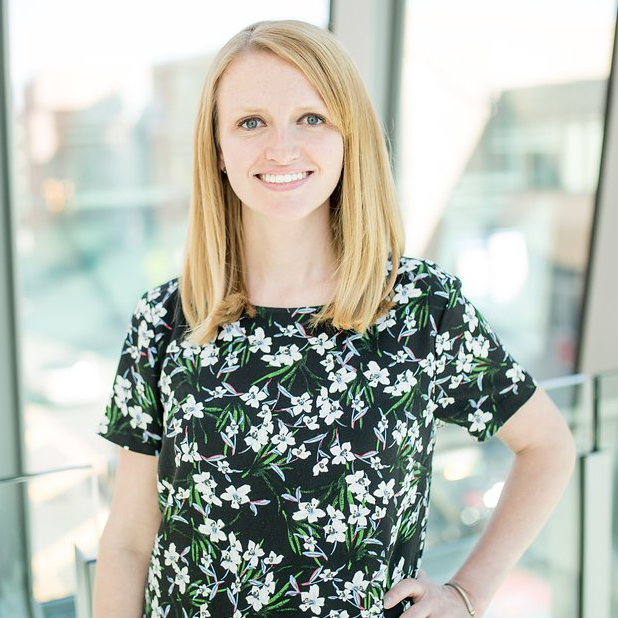 Kristen Schweitzer earned her bachelor’s degree from Ohio University, where she studied communication and public advocacy. She first moved to Columbus in 2007 to pursue a career in state government. After working for Ohio’s youngest female senate minority leader for more than four years, Kristen decided to jump into the world of nonprofits. She currently serves as executive director of Village Connections, a grassroots neighborhood organization whose mission is to help older adults remain active and independent as they age. After swapping stories with her favorite octogenarians during the workweek, Kristen loves going to baseball games and spending time with her husband and their two young sons.

Precious Singo was born and raised in Youngstown, Ohio. She moved to Columbus in the summer of 1999 to attend The Ohio State University, where she received her B.A. in English Lit. After graduating, Precious split her time between bartending, reading, and going to the zoo with her young son before finally deciding to enter the Real Estate business. Unfortunately, that happened during the housing crash of 2008. She thankfully doesn’t do failure well and bounced right back, finding work in sales at a large Wireless carrier, where she worked her way up the ranks. She discovered her knack for building relationships and later served in roles spanning account management, training, and project management at Fortune 200 companies and local startups. She thrives in her current role at Bold Penguin, designing their customer experience and journey, but her real passion lies in volunteering, teaching, and working to ensure women and people of color make it to the boardroom. When Precious isn’t hanging out with her favorite people (husband and 14 and 4-year-old sons), you’ll find her doing volunteer copywriting, eating, or running.

Kait Way. Amanda’s sister-in-law Kait Way graduated from the University of Findlay with a degree in Business Management and a minor in Marketing, and is currently finishing her MBA at Ohio University. Kait has pursued her career passion in sales and business development in both the oil and healthcare industries, and she is currently a National Sales Director at CoverMyMeds, a healthcare IT company in Columbus, OH. She believes in chasing after anything and everything that compels her, and her list of professional and personal accomplishments backs that up. A former high school athlete who left team sports to work three jobs while pursuing her degree in college, Kait never lost her passion for fitness and well-being. She has completed three half-marathons to date, but also takes barre and spinning classes to stay active. She loves spending time with her family, friends, and her dog Pippin, who is the “cutest, sweetest creature who ever lived.”

Info on our new swag!